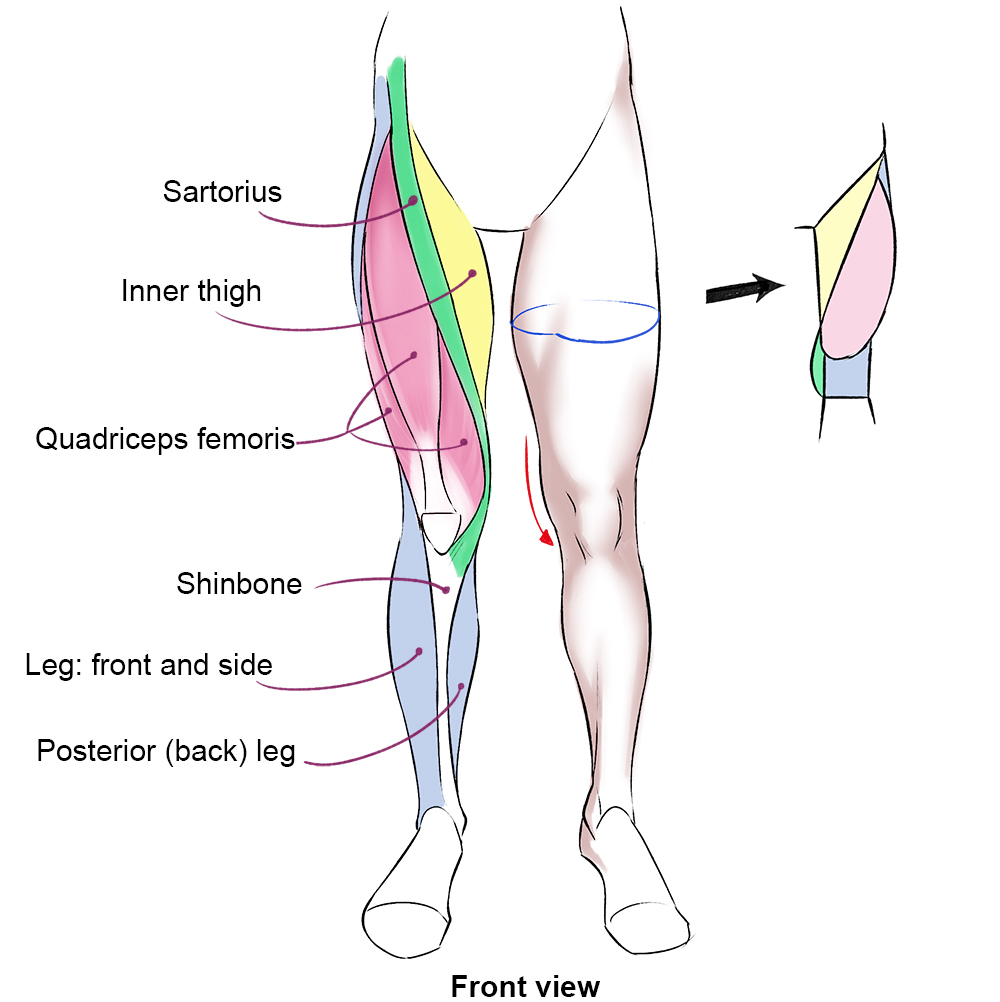 The muscles in the leg form a complex system and can be divided into two compartments. The lateral leg compartment contains two muscles that originate from the superolateral surface of the fibular head and the proximal two-thirds of the fibular shaft. They arise on the lateral tibial condyle and descend into the FBT. This is a complex system that works together to support the entire weight of the leg.

The anatomy of the leg includes many complex muscle structures. There are four major groups of muscles: the anterior compartment (tibialis anterior, extensor digitorum longus, fibularis tertius, and soleus), the posterior compartment (gastrocnemius, plantaris, and flexor digitum longus), and the lateral compartment (fibularis brevis and tibialis brevis). These muscles produce the motions of the foot and ankle.

Nerves are also found in the branched muscle groups. The perforating branches are composed of three or four arteries perforating the adductor magnus. These arteries supply the posterior thigh and medial thigh, respectively. The branching patterns of the nerves are described in Tables 1 and 2.

The sartorius is a long strap-like muscle that sits between the adductors and quadriceps. It is also referred to as the goosefoot muscle because of its webbed appearance. It extends across the upper leg and lower leg. Several of its members are visible on the inside of the calf. This muscle is the most prominent muscle on the lower leg, and it is often difficult to detect.

There are many types of muscle injuries, from laceration to contusion. These injuries are caused by external objects or degenerative diseases. Lacerations occur when a muscle is cut or sprained. Contusions result from a compressive force to a muscle, usually during contact sports or traumatic accidents. Acute muscle injury can cause severe pain, and requires a period of intensive rehabilitation. Depending on the type and severity of the injury, it may take weeks or months for the muscle to fully recover.

The Anatomy of Muscles in the Body

Muscles in the Arm